Departures and Arrivals. From a tennis player to company chairman

In writing the first piece in our series, which explored Alastair Creamer’s career journey, it was very clear to me who my next piece of inspiration would be. Paul Preston of course, the mysterious other half of the Eyes Wide Opened puzzle. Having had little interaction with Paul in the past, I was curious as to how this story would turn out. However, as the minutes rolled on to what became an hour, I found myself intrigued, delighted and wanting to know more with each twist and turn.  I hope that this account of his working life comes close to the verbal tale that he shared with me. With every decision Paul took, he faced an unknown arrival and this is his story…

“I wanted to be a professional tennis player. I started playing tennis at the age of 8 and I knew I loved it and that’s what I wanted to do for the rest of my life. I grew up watching Rod Laver, Ken Rosewall and Jaroslav Drobny play. I even got to be a ball-boy for one of their games when I was 10.” 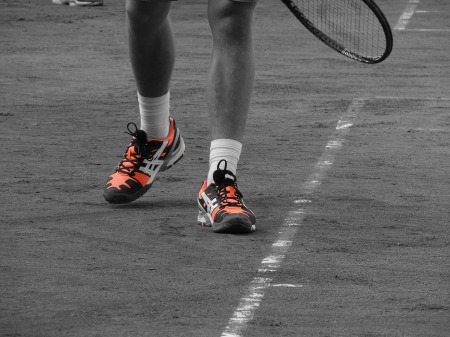 “I had always been told that to be good in sports you had to be big, tall, slim, athletic… But Laver and Rosewall weren’t very tall. They were both about 1.7 meters and they were great players. I guess they both became my inspiration to follow my dreams despite what other people said. My parents were also very supportive of my aspirations. They had grown up during the war and because of that wanted me to make the best of my youthful years.  They wanted me to do what I liked and wanted to, since they didn’t have the opportunity to do so. I was a very good tennis player and I used to play for the club team. I was even sponsored by them. I won lots of tournaments growing up and I guess my strength was always being able to retrieve the ball and keeping the ball in play. But when I was 15, I entered the ‘big boys league’ and thats where my dreams started to crumble. I was now playing at a more advanced level and I started to lose. The other guys were more advanced than I was and when one loss turned into many … I gave up my dream. I stopped playing for about 30 years.”

“It was childish… but it was very real for me. I’m now at the stage where I can talk about it, but back then I was terribly disappointed and I just didn’t want to play any more.”

“When you plan your whole life around one goal and when that one goal doesn’t work out, it really just throws you off. And that’s what happened to me. I didn’t have a backup plan. I was bright at school, I was numerate, but I never tried hard and didn’t really get involved in academia. But a little bit of luck and skill can go a long way and they were both on my side. My father was a retailer and worked with many suppliers and he got me an interview in a company through one of his friends. Turns out that company was a subsidiary of Unilever. I began working as a clerical assistant for Unilever at the age of 16. I was given a test, and because I was good at numbers, I was placed in the accounts department. And I suppose that was one of the turning points in my life.

“That is where my 44-year career journey at Unilever began”

“I received a lot of training while I was there which helped me progress in my career, but I want to point out that it’s the people in your life, those external agents, that become inspirations for you to crave more. They’re the ones that help you connect the dots and make sense of things. That person for me was Ken, my old boss and I want to share an anecdote with you, one that involved him and one that will stay with me for the rest of my life.

“One day, Ken and I went down to a cafe to get some tea. On our way over, Ken pointed to a fire bucket (this is what we had before fire extinguishers and these buckets are often filled with sand or water) As we walked past it, Ken told me to put my finger in the bucket of water and twirl it around. So I did, as any employee would. We then continued to walk for tea and didn’t speak of it. But then n our way back, he stopped at the bucket again. And this time I thought to myself…Ken’s lost it. He then asked me, ‘what do you see in the bucket?’ To which I replied ‘nothing’. And then he says to me, ‘Do you still see any ripples? The ones you caused before when you twirled your fingers in? No. There are no ripples and that’s what I want you to remember. You have to be careful. You can make a lot of noise and commotion, but if you can’t make any difference and five minutes after you’re gone, you don’t even leave an imprint, then it’s not worth it” 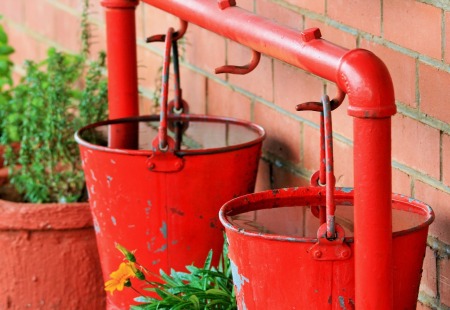 I didn’t understand him then. He would tell me lots of other stories like that and none of them made sense to me then. But in retrospect, they all kind of add up.

Following Ken’s advice, I ended up getting a qualification in accounting and became a manager. From then onwards, my career continued to soar and I moved around quite a bit, working in international markets such as Kenya, Bahrain, Holland, China and Portugal.

I ended up becoming a financial director and then a chairman for Unilever in Portugal and China and eventually moved over to work in HR Leadership and Talent Development because I wanted to get more involved with people. I’ve always believed that if you give people the opportunity or the right opening, they can do remarkable things. I retired from Unilever about six years ago but I’m still involved in diverse ventures that work towards helping people and their personal development.

“I loved what I did and I still love what I do. I wanted to actually make ripples in the fire bucket that lasted longer than five minutes, I wanted to make an impact. There is no recipe for great success, instead, its all about perseverance and hard work. It’s about having your own personal values that you understand. It’s about getting the ball back in the court”

P.S. Paul did pick up the tennis racket again a few years ago and now plays occasionally at his local tennis club.