Our new writer Emily talks about the importance of making a brilliant first impression…no pressure then!

I recently, and somewhat unintentionally, made the best first impression I’ve ever made.  I’d been sent to work in a different department at the BBC for a day and I made a tray of cupcakes.  As I was in a large office, I wasn’t introduced to everyone there, but as word spread about the cupcakes, people came to try them! 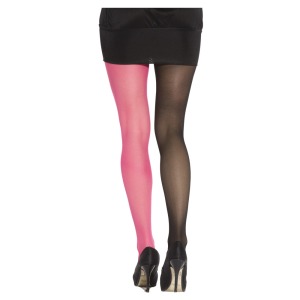 That day I happened to be wearing my tights with two different coloured legs.  Every time I walked back into the office, someone came up and said, “Ah, the girl with the colourful tights ­– you must be Emily!  Thanks so much for the cupcakes – they’re delicious!” …then they’d introduce themselves.  Within one day, I’d met and had chats with most of the staff, including some top producers, and made what I felt was a lasting impression.

However, that was something of an ideal situation.  In most job situations I have to make a first impression via email or phone and, when we do meet in person, I’m afraid that wearing outlandish clothing items will leave a bad impression and bringing cupcakes will make it look like I’m trying too hard.

There are just so many places you can go wrong when it comes to first impressions, and I’ve probably gone wrong on all of them at one point or another.  First, there is the initial email.  I know I write excellent formal introductory emails, but it seems that more often than not I end up making a catastrophic mistake like attaching the wrong cover letter.  This, I at least know how to fix (though sometimes I miss these things even with multiple checks), but when I have to make an impression in person I’m even more lost.  I’ve always thought I came across confidently in interviews, but that was shattered when a former employer told me on my final day that he was glad he went against his instincts and hired me because I was one of the best employees he had ever had despite a very awkward ‘informal chat’ when I first came in to discuss the job.

I think my problem may be an uncertainty of expectation.  A job interview can be a lot of different things, and an ‘informal chat’ can be an even wider variety of things, so I find it really hard to strike the right ‘mood’ in order to leave the impression the other person wants me to.  I often wish I could discuss this with an HR person or someone who does a lot of interviews.  How do you make the ‘right’ first impression for each individual person that you might be meeting in a job situation?

We’re working on getting a piece from our resident HR expert on the EWO coaching team, so watch this space for answers to some of Emily’s concerns.

One thought on “First impressions”